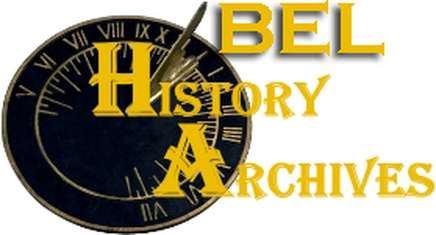 The Brotherhood’s most legendary contribution to the drug scene was homemade: Orange Sunshine, the group’s nickname for their trademark orange-colored acid tablet that happened to produce an especially powerful trip. Brotherhood foot soldiers passed out handfuls of the tablets to communes, at Grateful Dead concerts, and at love-ins up and down the coast of California and beyond. The Hell’s Angels, Charles Mason and his followers, and the unruly crowd at the infamous Altamont music festival all tripped out on this acid. Jimi Hendrix even appeared in a film starring Brotherhood members and performed a private show for the fugitive band of outlaws on the slope of a Hawaiian volcano. The fellow in the Sunshine Express jacket was John Gale, who was part of the 'second wave' of Brotherhood business operations. "He wore the same jacket at the Laguna Festival [the 1970 Christmas Happening]. His hand was orange" 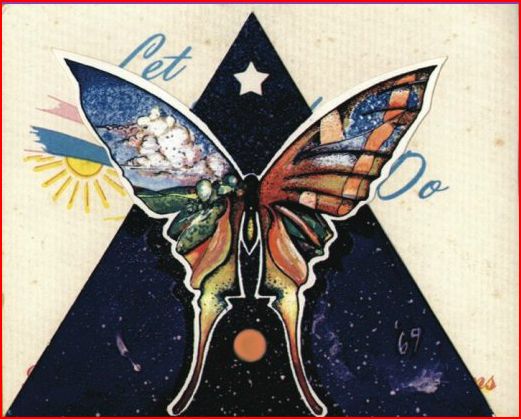 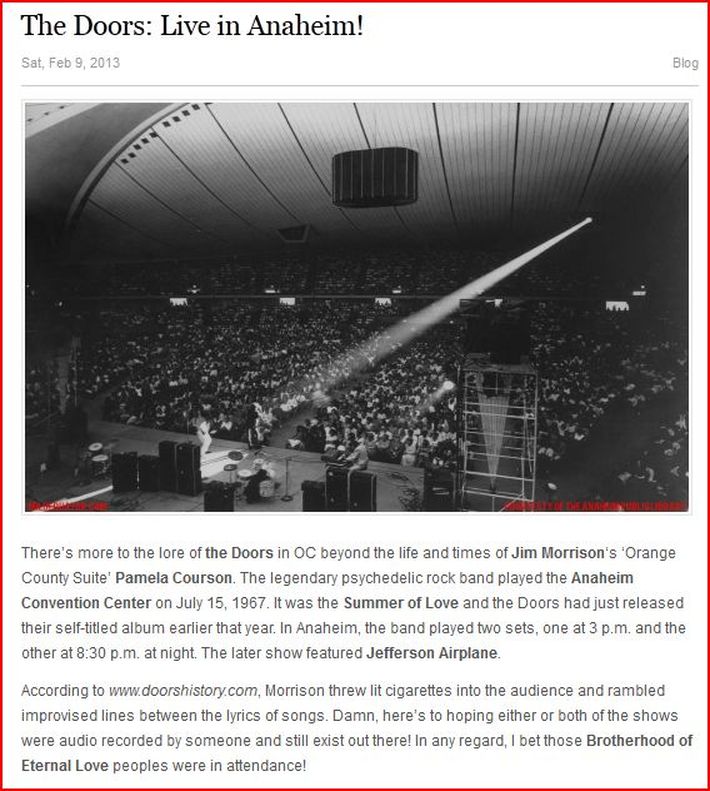 "Many great bands played one hour sets so it was full-on all day long and into the night. The crowd was rockin and everybody was blitzed. 20 thousand tripping at the same time. There had been an "acid auction" the night before. (Don't forget this was next to Laguna Beach home of the "Brotherhood of Eternal Love"."
Saturday, August 3, 1968 -Alice Cooper, Canned Heat, Chambers Brothers, Charles Lloyd Quartet, Country Joe and the Fish, Electric Flag, James Cotton Blues Band, Paul Butterfield Blues Band, Sonny & Cher, Steppenwolf, Tiny Tim.
Sunday, August 4, 1968 -Blue Cheer, Eric Burdon & The Animals, Grateful Dead, Illinois Speed Press, Iron Butterfly, Jefferson Airplane, Quicksilver Messenger Service, The Byrds, Things to Come.
The first Newport Pop Festival was held at the Orange County Fairgrounds in Costa Mesa, California, on the weekend of August 3–4, 1968. It is believed to have been the first pop music concert attended by more than 100,000 paying concertgoers.

The 1968 event was originally scheduled to be held inside the Orange County Fairgrounds in an outdoor pavilion. The fairgrounds are on Newport Boulevard just a short distance from Newport Beach, thus the name. The 1968 event advance ticket sales were triple what was expected and it became evident that there was no place inside the fairgrounds that a stage could be set up where even over 25,000 people could see the show let alone the near 100,000 now expected. In the last three days before the show it was moved to one of the adjoining parking lots of the fairgrounds. Fencing, staging, sanitation, and food concessions had to be organized in just a three-day period. None of the commercial concessionaires were prepared for the event and they all ran out of food and drink half the way through the first day. Water was provided throughout the event by garden hoses from inside the fairgrounds but attendees had to give up their viewing spot to go for the water and provide their own containers. There were plenty of porta-pottys available at the rear of the hastily-assembled "grounds". There was no shade in the primary viewing area and partiers were sunburned. The weather was a typical August sunny Southern California day. Those without hotel reservations had no place to stay. Fortunately, City officials helped to alleviate some of the problems by designating a 32-acre (130,000 m2) area of the fairgrounds as an emergency camp site. They also brought in portable toilets and water tanks. This particular event inaugurated some of the problems rock festival promoters would face in the future.

Harvey "Humble Harve" Miller, one of Los Angeles Top-40 disc jockeys (on 93 KHJ-AM) was used by the promoters to promote the show and hosted the event with Wavy-Gravy. Wesco productions (West Coast productions) consisted of Mark Robinson, Gary Schmidt and Al Schmidt although Humble Harv was used on advertising for promotional purposes. Tom Neito of Scenic Sounds Productions also assisted in securing the fairgrounds and was paid a fee and received some promotional billing. Mark Robinson had been involved with Bob Blodget in staging a much smaller similar weekend festival in 1967 in Los Angeles.[1] There never was a 2nd edition of this event and its prominence faded from memory until, on August 4, 2008, Jeff Overley penned a feature article for the Orange County Register [2] that commemorated the 40th anniversary of the event.

The big hits with the crowd were Tiny Tim, Jefferson Airplane, Country Joe McDonald, The Chambers Brothers, and Steppenwolf.

Mark Robinson went on to promote a similar show in 1969 with Jimi Hendrix called Newport 69 and later became an attorney and practised law with Melvin Belli. Al and Gary teamed up with Bill Quarry, Alfie Zaner and Rich Romello and produced the San Francisco International Pop Festival in Pleasonton at the Alemeda County Fairgrounds on October 25 and 26 of 1968. That show drew over 40,000 in attendance and featured Creedence Clearwater Revival, the Chamber Brothers, Jose Feliciano, Deep Purple, Procul Harum, Johnny Rivers, Iron Butterfly, Eric Burdon and the Animals, Canned Heat, The Grass Roots, Rejoice, and Fraternity of Man. After the show Al Schmidt continued in non rock 'n' roll business until he died aged 83 in the late 1990s, and Gary Schmidt entered the nightclub business and continued to promote smaller events throughout Northern California including two more festivals with attendance in the 25–30,000 range, The Labor Day Weekend Music and Arts Festival in Carson City, Nevada in 1972 and Super Sun Bust Summer of 1973 at the Eugene Speedway (Oregon). For some of these productions Schmidt teamed up with Bill Quarry a well known early East Bay promoter Bill Quarry (see "Teens N Twenties" and "The East Bay Scene, Garage Bands from the '60s, Then and Now"). Schmidt also operated a well known rock venue nightclub, the Odyssey Room, in Sunnyvale, California from 1969 to 1989 (see Odyssey Room Revisited) and a venue just outside of Reno, Nevada on Mt. Rose called the Reindeer Lodge which as of 2010 still has occasional shows. Mark Robison, at the time a Stanford student, promoted a few more concerts and went on to finish Law School and is now a Nationally renown and accredited attorney practicing law throughout the United States with a home office located where else but in Orange County

The 1968 event, however, attracted a lot of media attention at the time. When Rolling Stone Magazine published an article on the event in their September 14, 1968 edition, they said:

Newport Pop Festival Drags on in Dust and Heat: Dead, Country Joe, Crosby, pie fight weekend's highlights
“ An estimated 140,000 attended the first and probably the last Newport Pop Festival in California's Orange County Aug. 3-4, viewing, among others, Tiny Tim, Jefferson Airplane, Country Joe and the Fish, Grateful Dead, Chambers Brothers, Charles Lloyd, James Cotton Blues Band, Quicksilver Messenger Service, and the Byrds. ”
“ The festival was regarded musically successful but on other fronts rather less than pleasing. The performers appeared on a raised stage under a striped canopy, but the young crowds were left sitting or standing in a huge, flat, dusty-dry open field under a broiling sun. Refreshment and rest room facilities were less than adequate and the sound system was not powerful enough to carry the sound to everyone present. ”
“ The highlight of the pop fest on the first day (Saturday) seemed to come when Country Joe closed the bill. The hour was late and Orange County officials were threatening to shut off the electricity when the band went on, finally relenting to give the band time for two songs. As they began their first, "1, 2, 3, 4, What Are We Fighting For," the approximately 40,000 young people still on hand rose as if one, cheering, hands held aloft in the "peace sign." During the second number, a long blues, even the cops on stage were grinning and adlibbing a moderate version of the boogaloo. ”
“ The second day's climax came when David Crosby started a planned pie fight with Jefferson Airplane. In all, 250 cream pies flew back and forth . . . and the thousands of people present stormed the stage to join in. ”
“ The musical line-up was an impressive one. Besides those already mentioned, bands appearing were Alice Cooper, Steppenwolf, Sonny and Cher, Canned Heat, Electric Flag, Butterfield Blues Band, Eric Burdon and the Animals, Blue Cheer, Iron Butterfly, Illinois Speed Press and Things to Come. ”
“ But admission to the festival was $5.50 per day -- to sit in heat and dust. Most considered it another in the series of pop music shucks. ”
“ The Newport Pop Festival -- which wasn't even held in Newport, but in Costa Mesa -- was produced by Humble Harvey Miller, one of L.A.'s Top-40 DJs, and Wesco Associates, basically the same coalition that staged a similarly uncomfortable weekend festival last summer in another Los Angeles dust bin. ”

Among other highlights that concert-goers recall are when helicopters flew overhead, dropping flowers on the audience. And, on Sunday, Sonny and Cher arrived by helicopter and were later booed off the stage.[3]

Bands Performing at the Festival:

During the Charles Lloyd Quartet set, Lee Michaels and Frosty began playing on an alternate stage at the rear of the crowd. Most of the attendees turned around and watched them as the Lloyd music was not in the style they had come to listen to.

Bands that may have performed at the festival Lovin' Spoonful, Rhinoceros, Sky Pilot and The Turtles were not listed on the official poster for the event, there is published evidence that indicates that these bands may have played at the festival.

It is believed that the 1969 festival was intended to be the successor to the Orange County event, hoping to capitalize on the brand name and market momentum generated in 1968. Unfortunately, this move of venue was necessary because the 1968 event had fallen in disfavor with the local community leaders. Three days after the 1968 event, the Costa Mesa City Council vowed to prevent a Newport Pop Festival encore. "To say that we would not like it back here would be the understatement of the year," Costa Mesa Mayor Alvin Pinkley was quoted as saying. 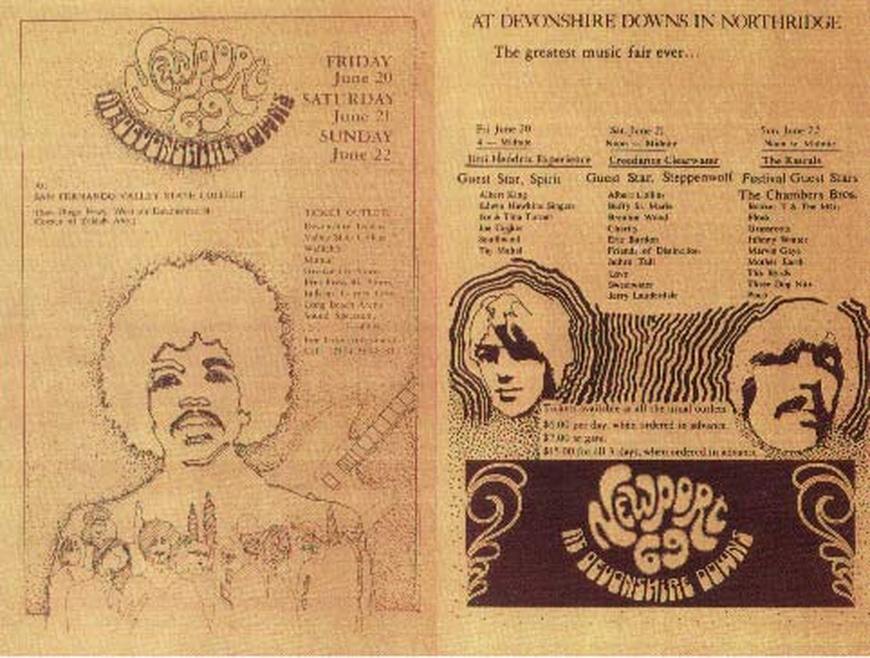 https://en.wikipedia.org/wiki/Altamont_Free_Concert
12/6/69 - ALTAMOUNT - 300,000 people - Rolling Stones, Jefferson Airplane, Santana, Crosby, Stills, Nash & Young, Flying Burrito Bros., +  This infamous free concert was organized by the Rolling Stones, at the Altamount Race Track in northern Ca. Marred by violence, the lineup was cut short by one group, when The Greatful Dead declined to play as scheduled. At an event where one homicide and three accidental deaths were recorded, there was also four births. The 1970 documentary " Gimme Shelter " by Albert and David Maysles,. 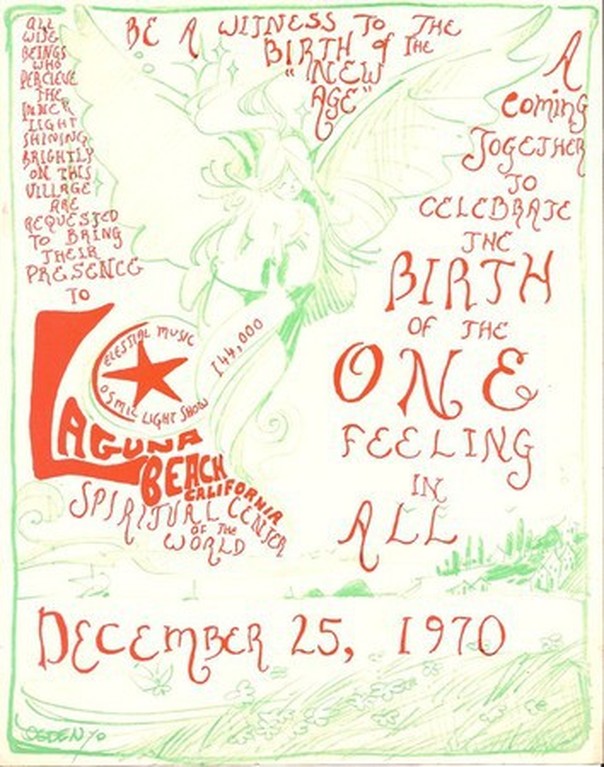 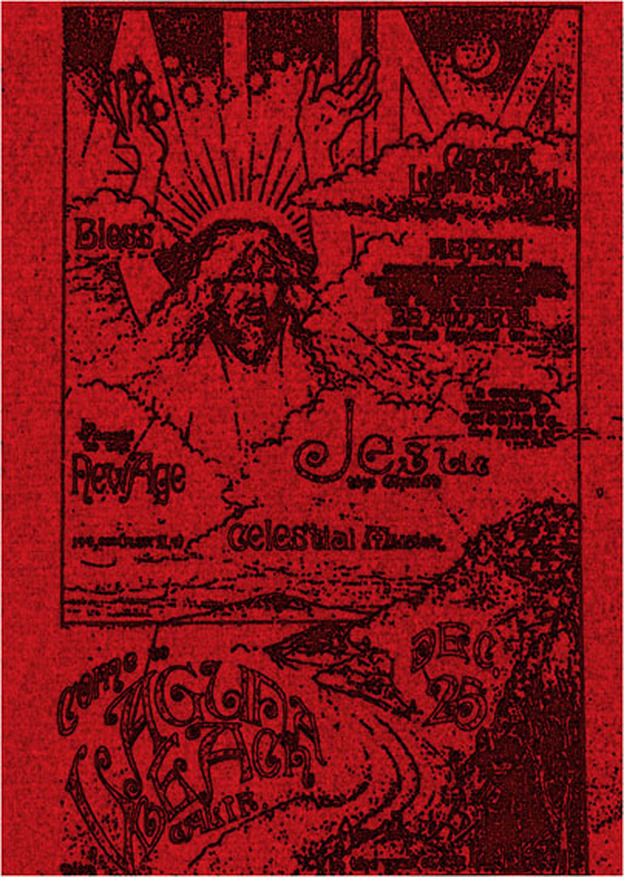 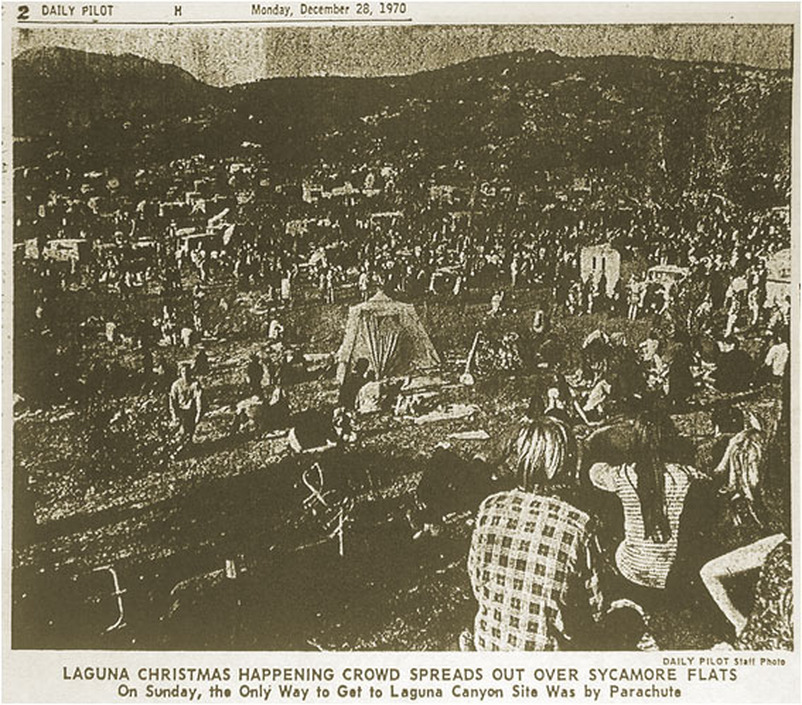 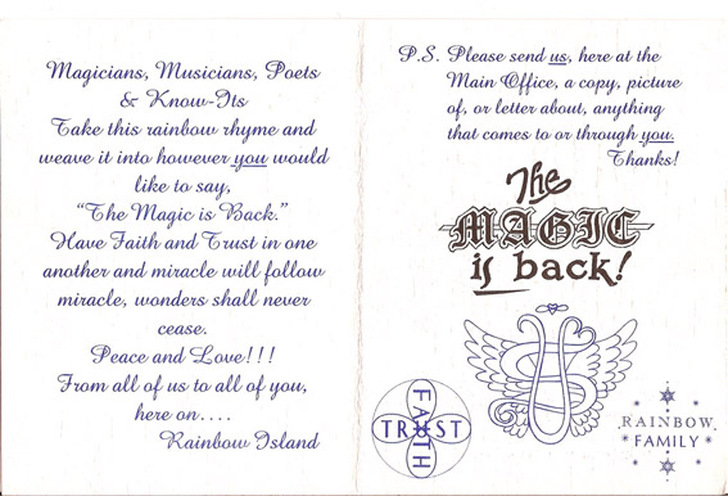 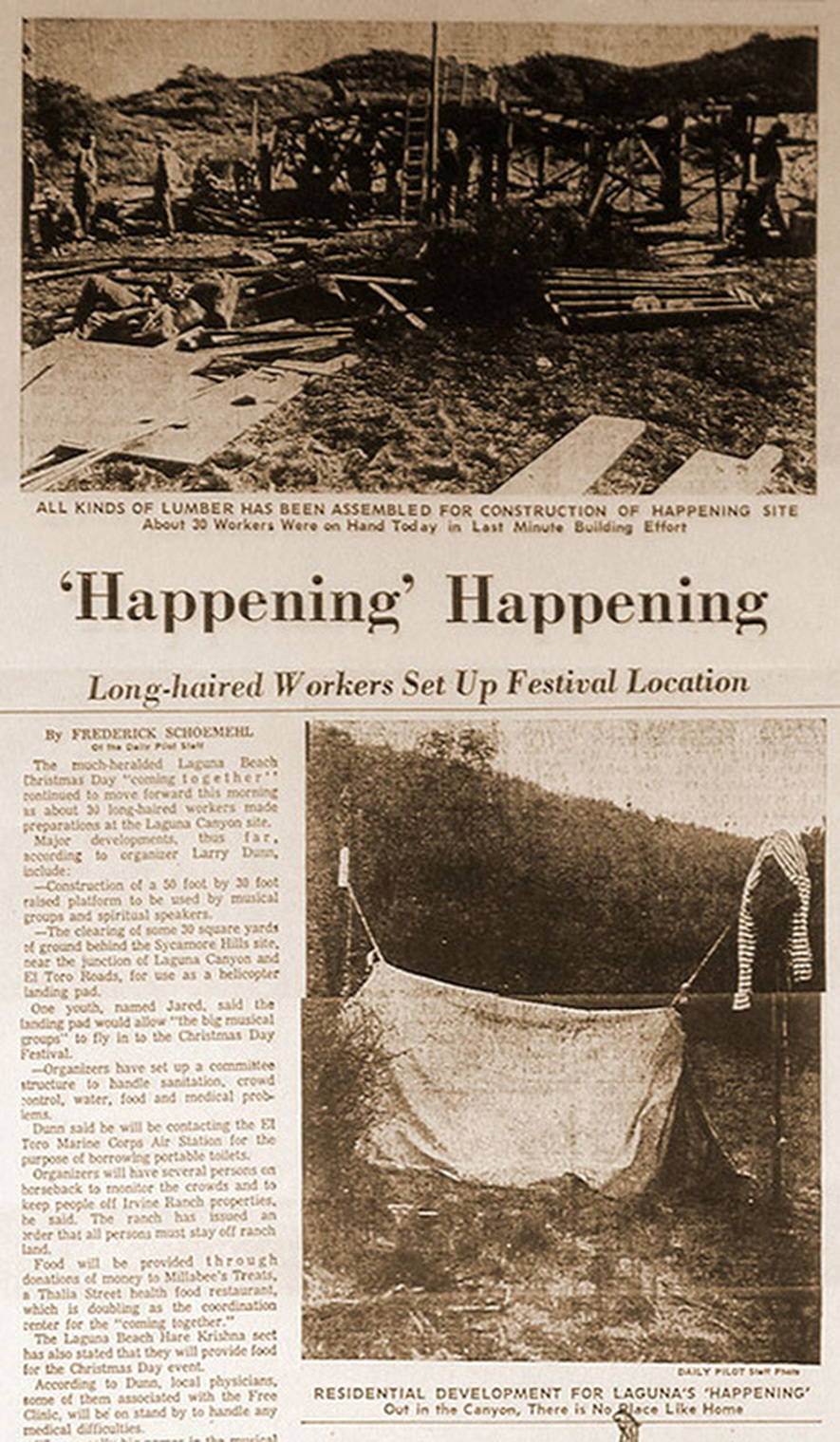 HISTORICAL DATES OF THE LATE SIXTIES 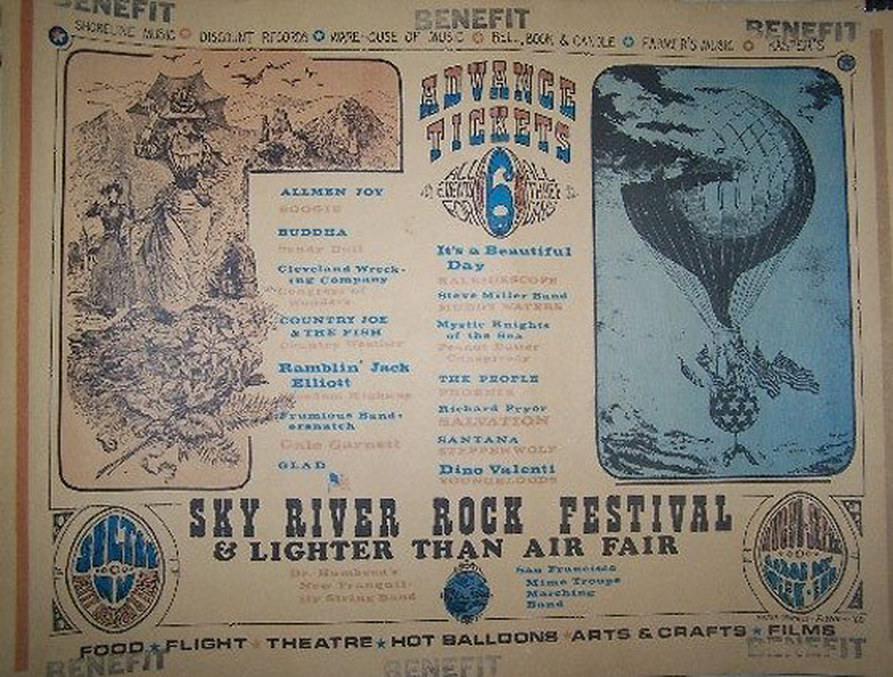 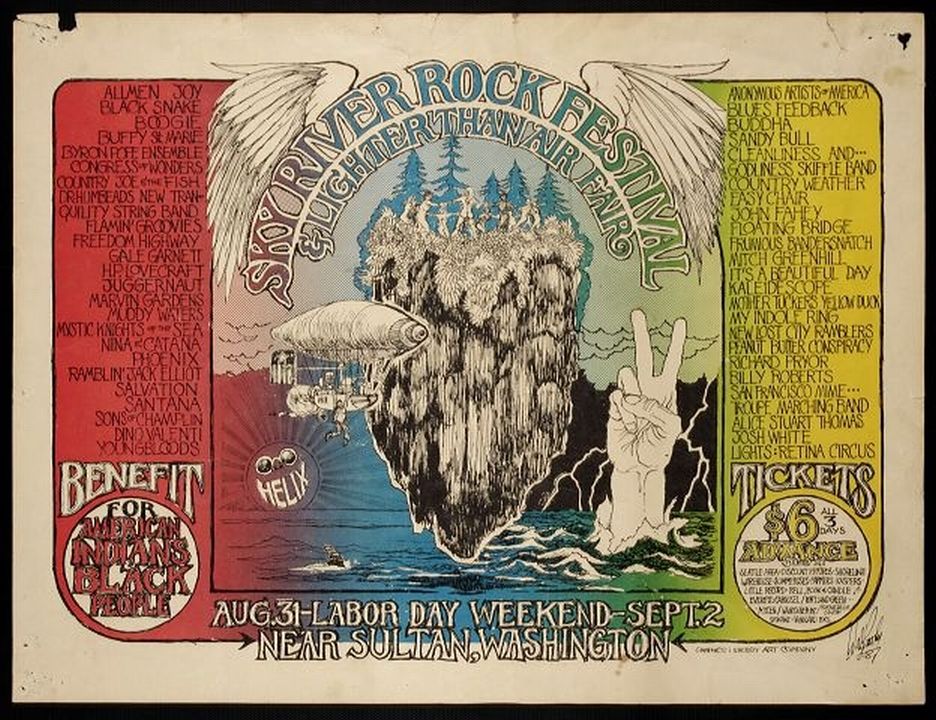 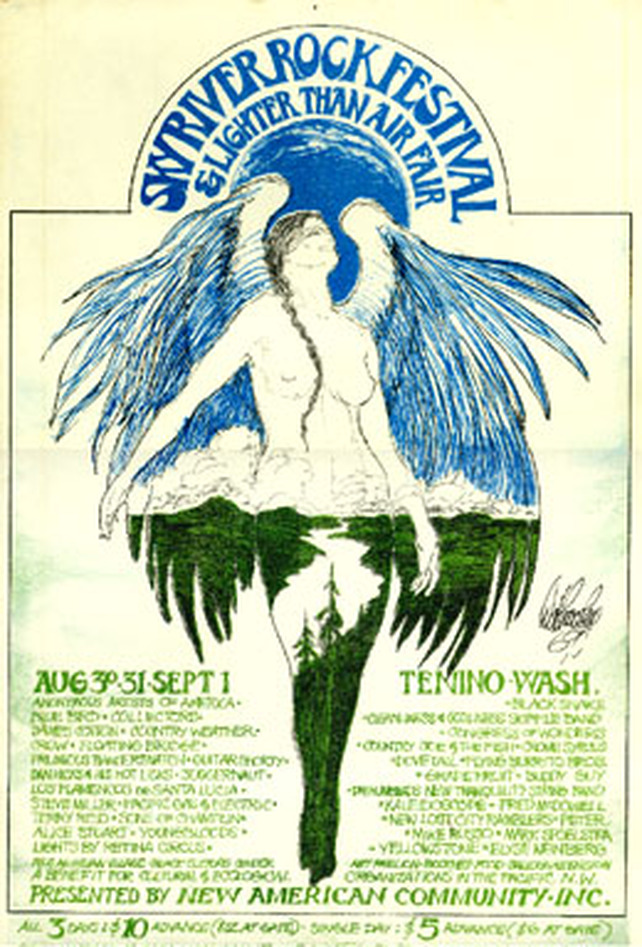 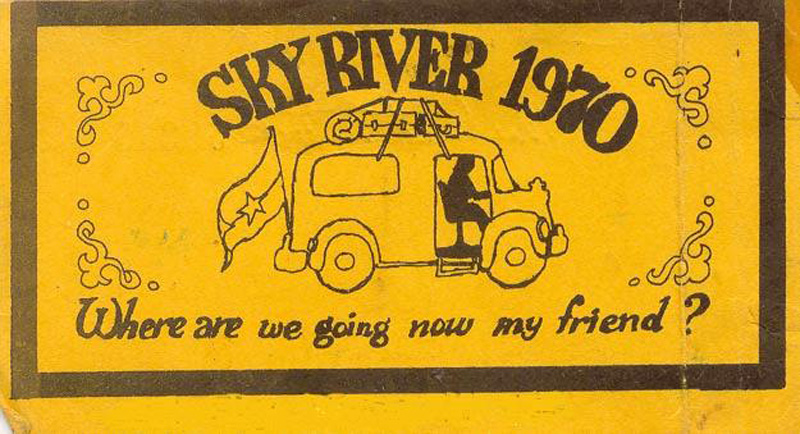 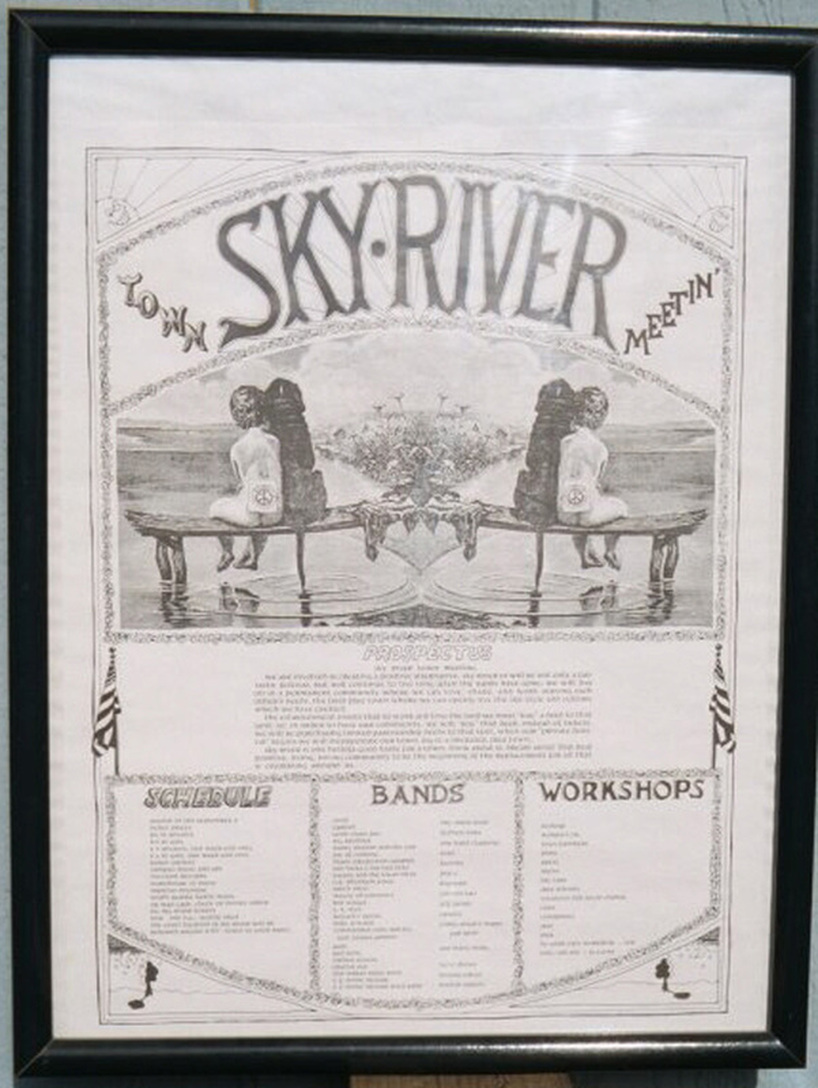