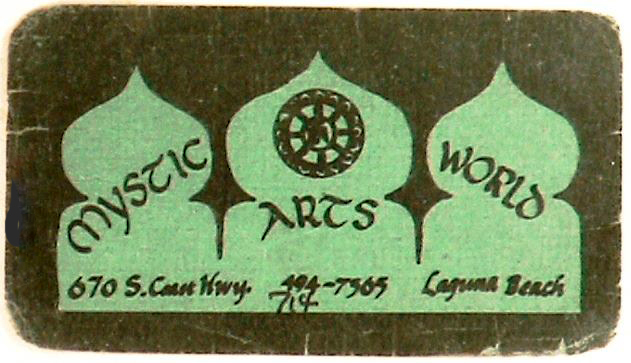 http://www.leagle.com/decision/1982800666F2d134_1773/UNITED%20STATES%20v.%20MINIS
In addition to the intercepted conversations, the affidavit set out certain activities of Ashbrook and Everett during the week preceeding the search of the Hamilton Pool Road property disclosed by continuing surveillance by United States Customs special agents. The surveillance revealed that on October 11, 1980 Ashbrook left his residence in Lone Pine, California and travelled to Austin. He arrived in Austin on October 13, 1980 where he met with Everett. On October 13, 1980, at 8:00 a. m., Ashbrook and Everett departed 2611 Bee Cave Road, Apartment 102, Austin, Texas and drove to the property located at 14808 Hamilton Pool Road, Bee Cave, Texas.5 The affidavit indicates that when they left the Bee Cave Road apartment, Ashbrook placed a tan leather case in the truck, but that when they returned to the Bee Cave Road apartment, approximately two hours later, no tan leather case was removed by them. Later that day, they were observed going to an Austin travel agency where they purchased two round-trip tickets from Houston, Texas to Grand Cayman Island, British West Indies, to depart on October 16, 1980 on Cayman Airways and to return on October 18, 1980.6 Ashbrook and Everett were again observed going to the Hamilton Pool Road property on October 14 and 15, 1980 for about four hours each day. On the morning of October 16, 1980, Everett was again observed going to the Hamilton Pool Road property for about one hour.Finally, the affidavit discloses that later on the morning of October 16, 1980, Ashbrook and Everett were observed departing the Bee Cave Road apartment from which they travelled to Houston, Texas and then to Houston Intercontinental Airport. They were observed checking in at the Cayman Airways ticket counter for Flight 63 to the Cayman Islands. When Ashbrook and Everett failed to fill out United States Customs currency reporting forms before taking their seats on the plane, agents executed a federal search warrant on their checked luggage and their persons. In the luggage, the agents found, among other things, $170,000 in United States currency and letters, documents and correspondence indicating an interest in a foreign corporation in the Cayman Islands, British West Indies. 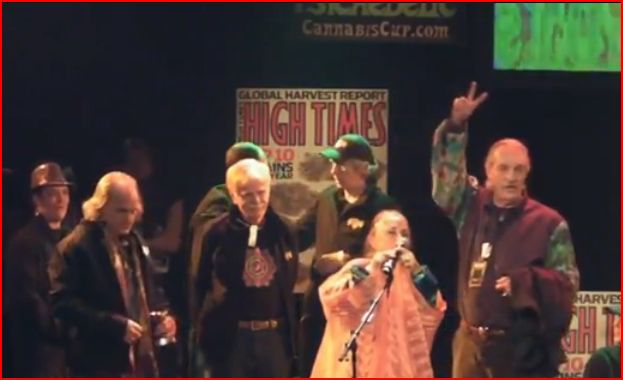 India seeks guru's disciples in investigation of smuggling
(part 5 of 20)
http://www.oregonlive.com/rajneesh/index.ssf/1985/07/india_seeks_gurus_disciples_in.html
Travis G. Ashbrook, 40, who led the smuggling operation, was sentenced to 13 years in California’s Federal Correctional Institution on Terminal Island. He said he knew Mario – the two had discussed Rajneesh’s teachings frequently – but he insisted at first that Mario wasn’t involved in the case. Ashbrook later conceded that Mario, whom he described as a good sailor, had helped him find a boat to smuggle the hashish.
“I’m sure he knew what it was for,” Ashbrook said.
Ashbrook said he last saw Mario in September 1980 as the Italian was preparing to return to Poona. Mario told Ashbrook that he had been living outside the ashram on previous visits to Poona, although a former sannyasin recalled that Mario lived inside the compound when he returned to Poona for the last time. A sannyasin informant told the U.S. Customs Service that Mario and his girlfriend, a woman identified only as Valencia, donated $1 million to the movement after returning to the ashram in late 1980.
Ashbrook said that when the Sacramento indictments were returned, Mario – still in Poona – received word that he should stay out of the United States and that customs agents were carefully watching Rancho Rajneesh in hope of arresting him there. Ashbrook wouldn’t say how Mario was warned.
Ashbrook himself spent some time at the Geetam Rajneesh Sannyas Ashram in Lucerne Valley, California, where he became friendly with the ashram’s leader, a man identified only as Krishna Prem, 41.
“I’m sure he knew what I did – that I was marijuana, hashish smuggler,” Ashbrook said.
Once Ashbrook was arrested, Geetam Rajneesh officials offered to care for his wife and three children and to help raise money for his defense. Ashbrook said he declined the offer. His wife, Ann L. Ashbrook, 38, was a sannyasin at the time under the name Dhan Dhyano, but she has since left the movement and remarried.
Ashbrook said he intended before he was arrested to go to Poona to take sannyas and to meet Mario. After he was jailed, he wrote to the Poona ashram regularly, asking to take sannyas through the mail – a request that was never fulfilled.
“I got a mimeographed form letter about people in jail,” Ashbrook said, adding that it included “instructions from Bhagwan how to do your time.” 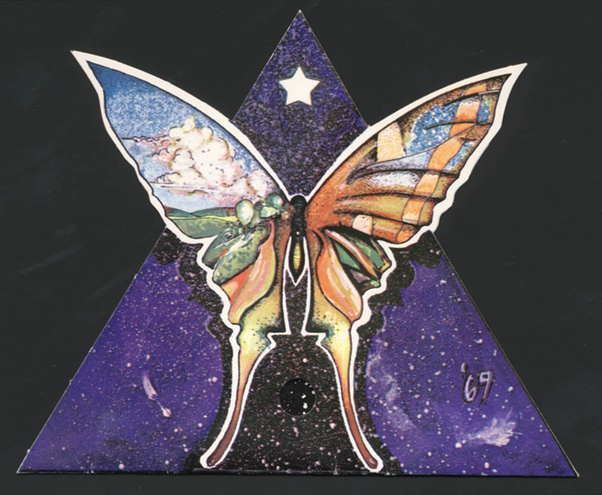 One of several cards sent out over the holidays with a tab of Orange Sunshine attached.


https://drugs-forum.com/forum/showthread.php?t=102658
For his part, Deputy District Attorney Jim Hicks, whose father Cecil Hicks presided over the original Brotherhood conspiracy case, confirmed in an interview outside the courtroom that the Hippie Mafia case is now closed. “That's it,” he said. “We've concluded it.” Hicks added that he had been prepared to go to trial with testimony by former Brotherhood member Travis Ashbrook, who was recently released from prison for growing marijuana, that Smith was "one of the original 13 members of the Brotherhood." According to Hicks, Ashbrook had spoken voluntarily about Smith's involvement with hash smuggling, but had stated that this involvement was minimal. 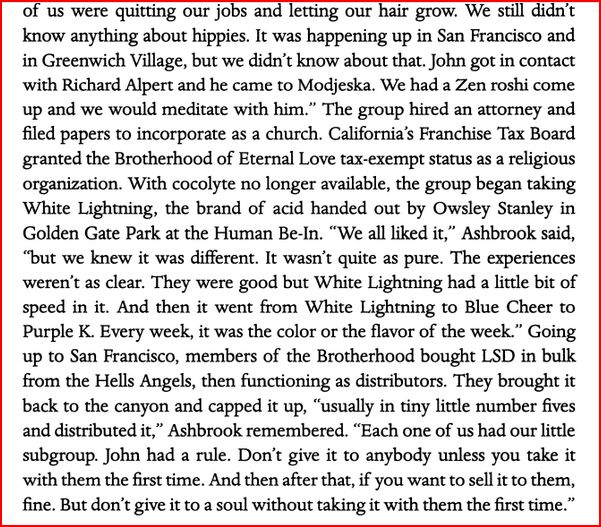 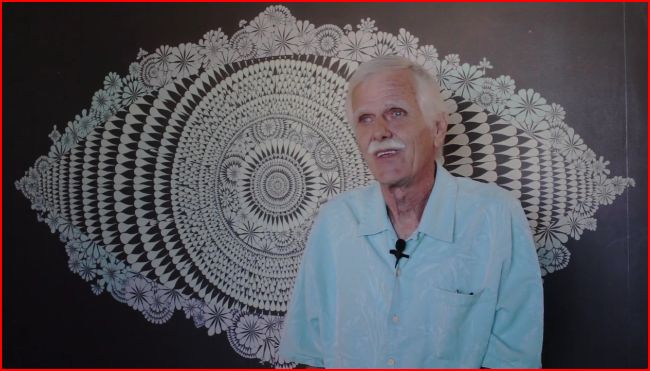 FROM THE CANYON to Kandahar
http://brotherhood.surfline.com/9/

Shortly after San Francisco's Summer of Love, "Mystic Arts World," a Brotherhood-owned hippie emporium, opened in late 1967, and Timothy Leary arrived in Laguna Beach as The Brotherhood of Eternal Love's honorary guest. Ever the media magnet, Leary's arrival did not go unnoticed. And as hordes of hippies showed up in ever-increasing numbers, panic set in among the Chamber of Commerce. Laguna Beach's tourist-driven economy was at stake, as the town's most valuable real estate — the mile-long stretch of sand called "Main Beach" — was being squatted by freaks. Under these conditions, the underground economy flourished, which put Laguna Beach on the counterculture map and ultimately put The Brotherhood in the crosshairs of law enforcement.

At Woodland Drive, The Brotherhood established relationships with other dealers who had moved into the neighborhood. Some of them became The Brotherhood's biggest customers, buying huge lots, which they in turn would mark up. As smuggling operations ramped up, different dealers would invest in each other's runs. While the core Brotherhood never numbered more than a couple dozen people, their numbers were inflated by law enforcement who lumped together everyone who had done business with them. The foundations for the myth of the Hippie Mafia was established in the canyon, born of hysteria, misunderstanding and opportunism.

Travis Ashbrook was part of the original settlement in Modjeska Canyon but, like Griggs, found work in Laguna before the move. "I came down here, went to work for Wardy Surfboards and ended up owning the company," he remembers. "Eventually, I shut the label down."

Travis Ashbrook bought the faltering Wardy company from Charles Lang, closed down the retail shop, shut down the label, and kept the factory in the canyon until Brotherhood business became a full-time occupation.

Ashbrook closed the store on Forest Avenue but kept the shop in the canyon, where he made much of the furniture for Mystic Arts World. "I wasn't interested in the retail end of it at all," he explains. "I just wanted to make surfboards. I called it 'Canyon Glassing' and became a contract glasser, making a few boards here and there."

Hynson and Dennis Raney made some boards there, too, but Ashbrook was soon occupied in Brotherhood business, leaving the shop idle when some friends from Seal Beach, Danny Calohan and Dave Garner, got in touch with Ashbrook. "They wanted to know what I was doing with the shop," he says. "I ended up giving it to them. I said, 'I'm not interested anymore.' I was doing other stuff: traveling, making money other ways. That's when they started Plastic Fantastic."

In late 1967, Ashbrook and another Brotherhood member traveled to Kandahar, Afghanistan, where they established the connection that would be crucial to The Brotherhood's future. The first load they brought back was to be California's first taste of primo hash. Once the pipeline was opened, Ashbrook and The Brotherhood stepped up their operations. There was no turning back.
http://brotherhood.surfline.com/7/

According to THE MAN's War on Drugs...
this site doesn't necessarily endorse any materials written by others,
but provides them for archival purposes. 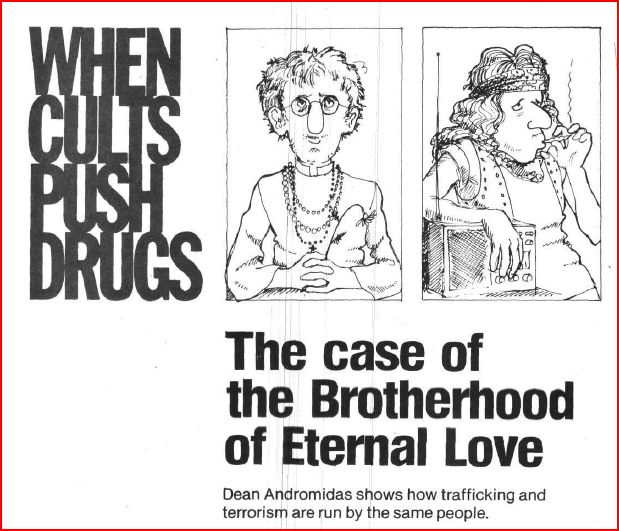 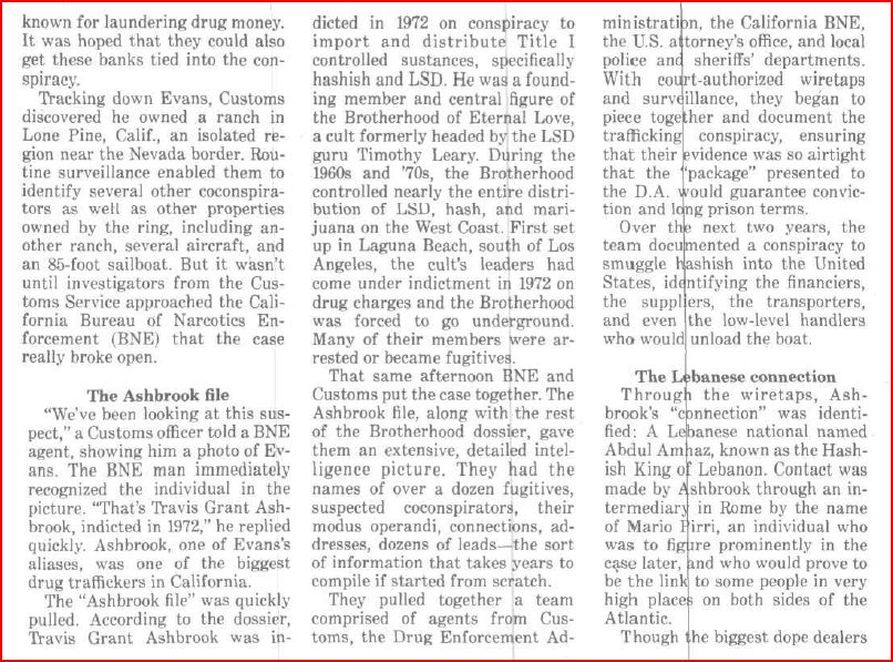 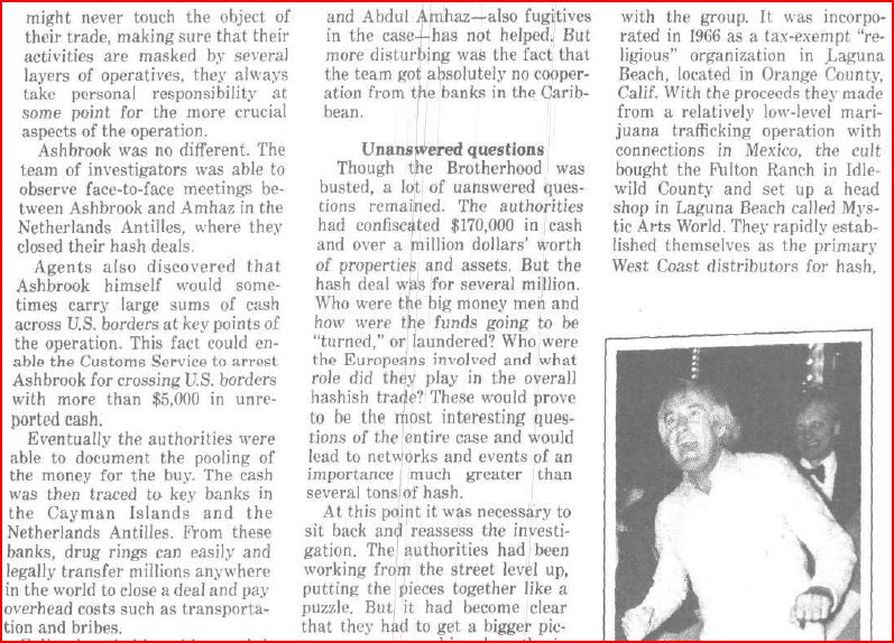 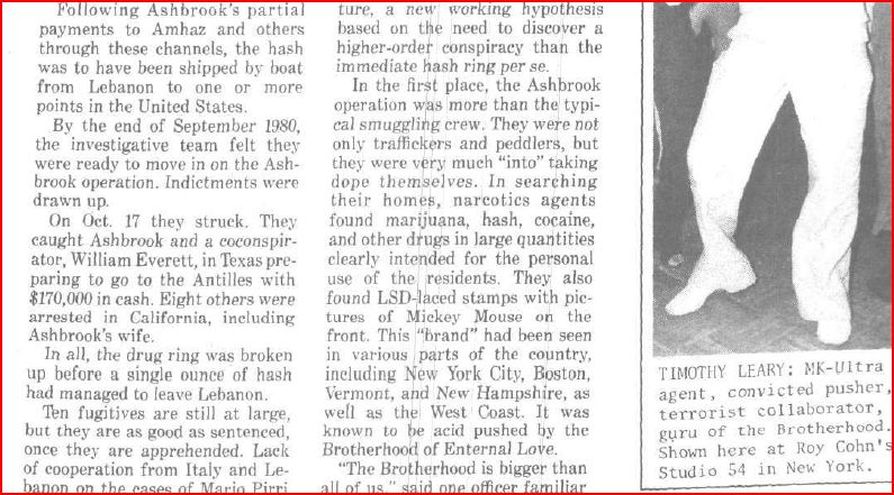 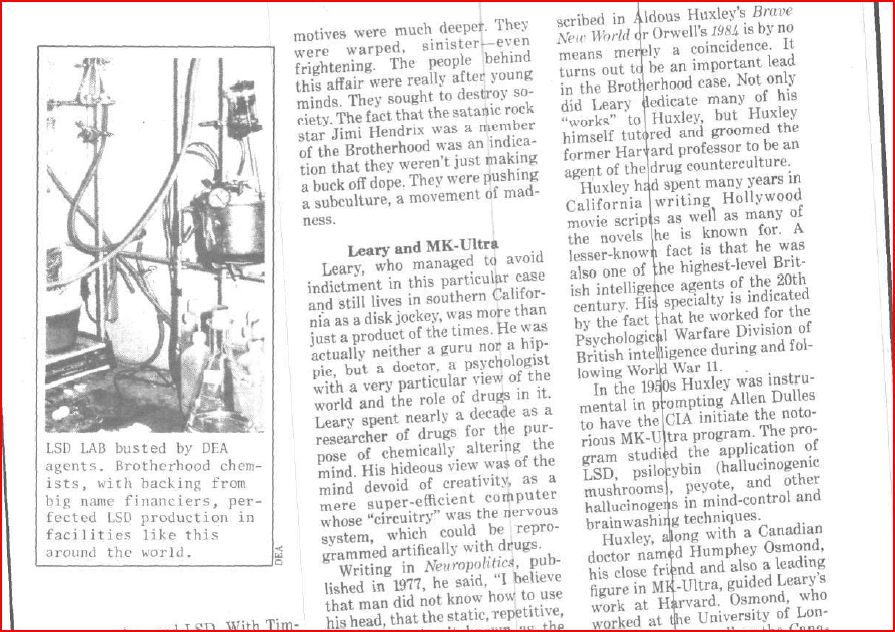 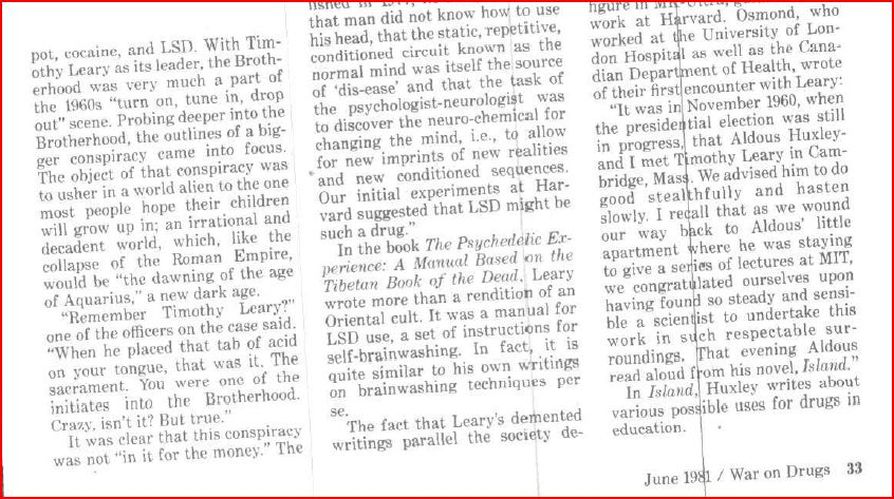 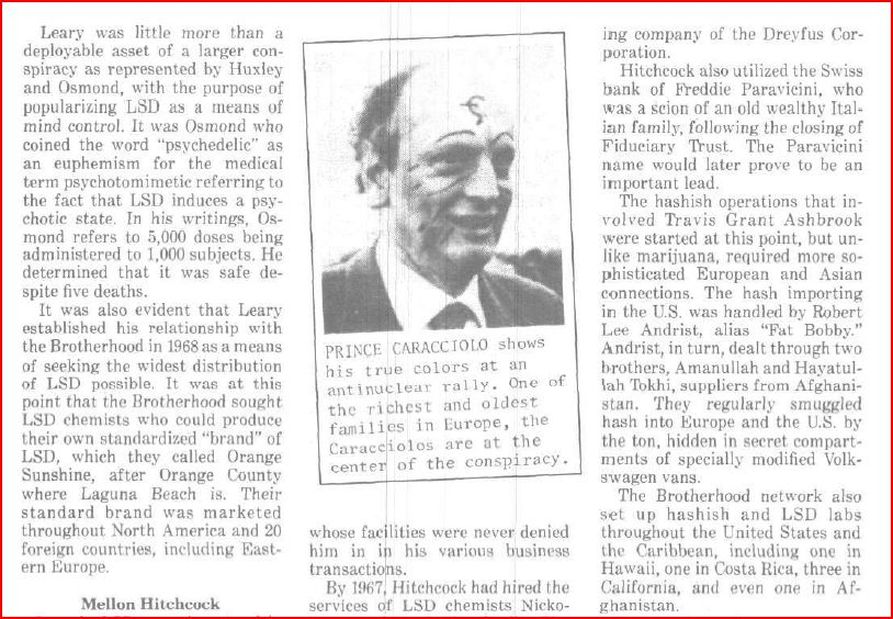 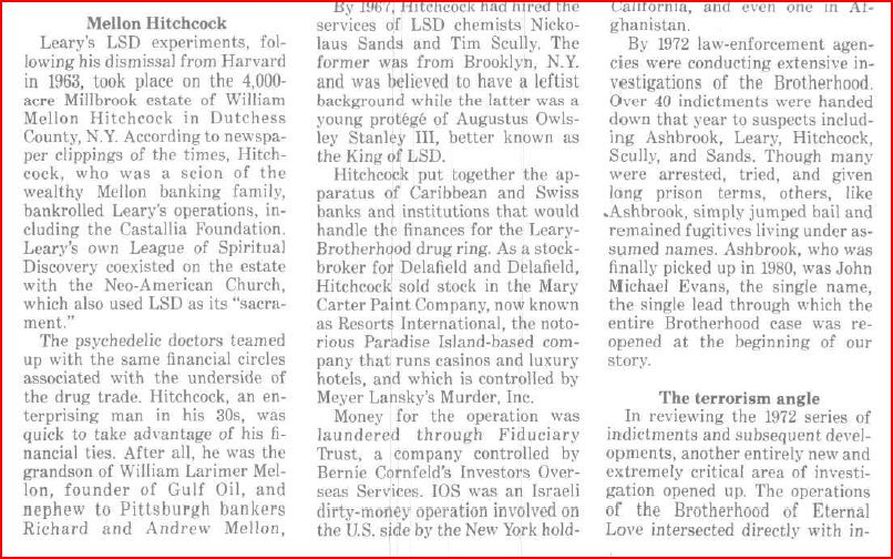 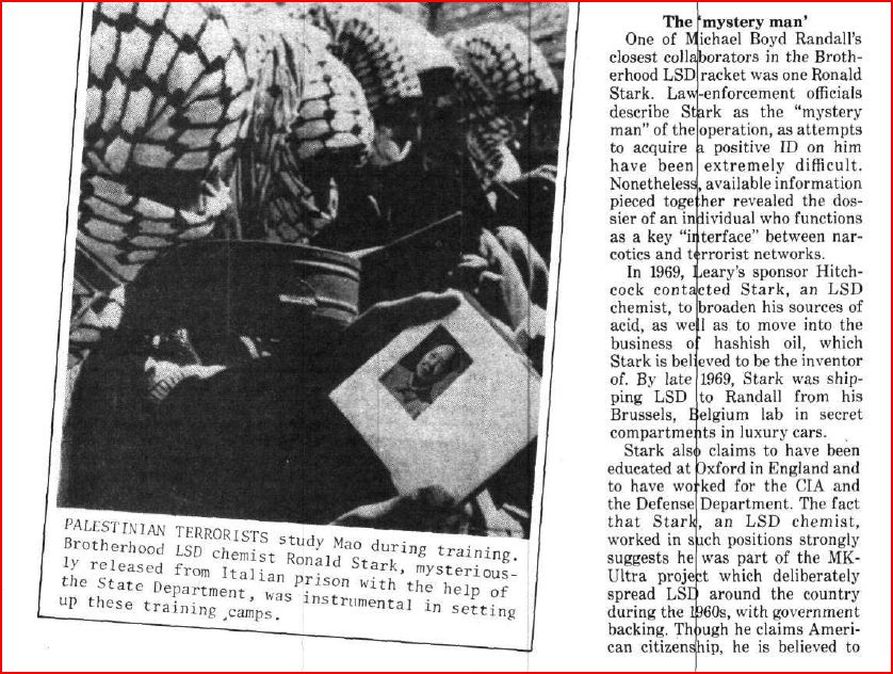 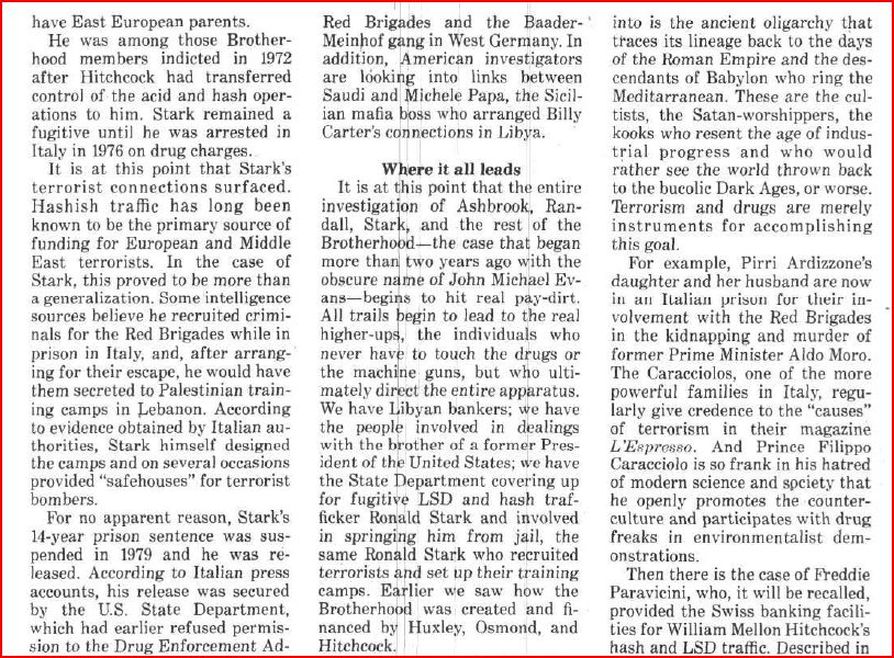 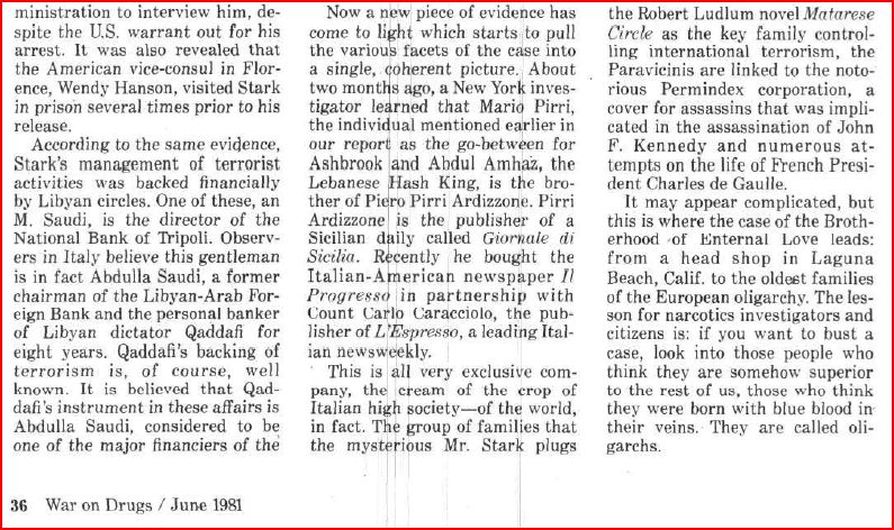