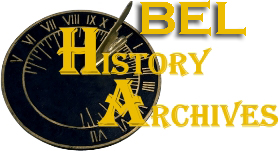 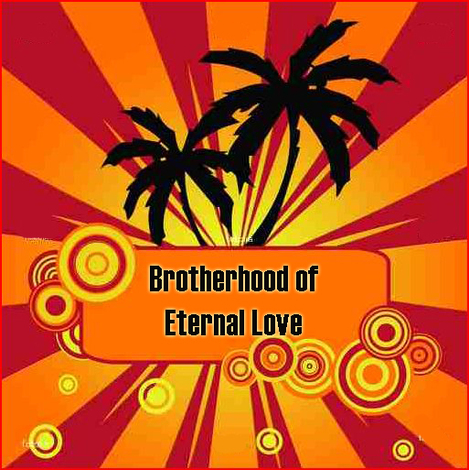 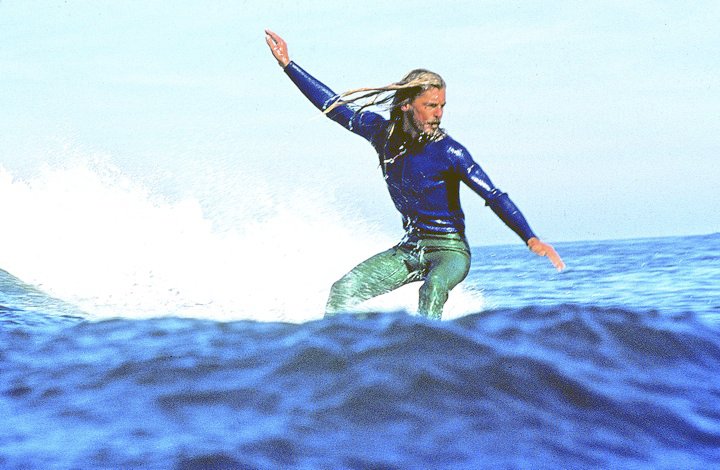 John Gale
Mike Hynson (Born June 28, 1942, Crescent City, CA) rose to fame as The Endless Summer's poster boy, fell to Earth as one of the most dangerous men in America, and is being resurrected as one of surfing's most overlooked design gurus.

"The Vietnam War or Endless Summer? Thanks to the persistence of the draft board, the decision was a no-brainer for hotshot surfer, Mike Hynson. The producer of The Endless Summer, Bruce Brown, however, still had to be convinced. He had a long list of surfers besides Hynson that he was considering for his movie. Even though Hynson lived above Brown’s garage and they’d discussed the film since its inception, there was one deciding factor that would determine the chosen two. Before anybody flew off around the world on the legendary surfing safari they had to come up with the $1,400 airfare. Now Hynson had another problem, how was he going to produce that kind of cash that quickly? So he hightailed it over to the only person he knew he could count on, his boss, Hobie Alter. Hobie had always come through for him in the past, but in the back of Hynson’s mind he still worried that Hobie had never really forgiven him for stealing six of his surfboards years earlier.

On the edge, that’s the way Hynson lived his entire life, from his formative years as a Navy Brat in the forties and fifties bouncing between Hawaii and San Diego, to his timing and innovation that kept him at the forefront of the surfing industry throughout the sixties. He helped found the legendary WindanSea Surf Club in 1962, planted the seed in Tom Morey’s head for the Boogie Board in 1965 at the first professional surf contest, revolutionized the sport forever two years later with his faster, more maneuverable down rail board, and transformed a surf demo into Rainbow Bridge, a cult-film shot in Maui in which he recruited Jimi Hendrix to write the score and perform on stage at the base of Haleakala two short months before his death.

All the while, Hynson was also involved with the infamous Brotherhood of Eternal Love, a religious and idealistic band of hippies who emerged from Laguna Canyon as multi-million dollar, international drug smugglers. Hynson respectfully recounts his close friendship with Johnny Griggs, the true leader of the Brotherhood, and details the group’s rise and fall, including fearing for his life on his first smuggling trip to Katmandu and the years Timothy Leary spent with them in the Canyon."

RAINBOW’S END
Mike Hynson rose to fame as The Endless Summer’s poster boy, fell to Earth as one of the most dangerous men in America, and is being resurrected as one of surfing’s most overlooked design gurus.
by Steve Barilotti

Jimi had been dead a year, but the revolution – or at least a movie version of it – kept right on jammin’ without him. Less than a month after Hendrix played a free concert on the slopes of Mt. Haleakela, effectively wrapping principal photography for Rainbow Bridge, the flamboyant rock virtuoso accidentally self-immortalized on a deadly cocktail of red wine and barbiturates, choking on his own vomit in a London flat on September 18, 1970. Within days of Hendrix’s death, Mike Hynson, former ’60s teen surf prodigy turned indie film producer, got the call from Warner Brothers Studios demanding immediate return of all original footage of Hendrix shot to date. With the lawyers circling, Hynson knew he had to move fast or lose Rainbow Bridge forever. Warner had not only funded the film – a rambling cinematic "happening" loosely based around a spiritual surfing quest – but they also controlled most of Hendrix’s music slated for the film’s soundtrack. Hynson returned the canned footage. However, unbeknownst to the Warner suits, Hynson and director Chuck Wein had stashed a working print of Rainbow Bridge for safety. … 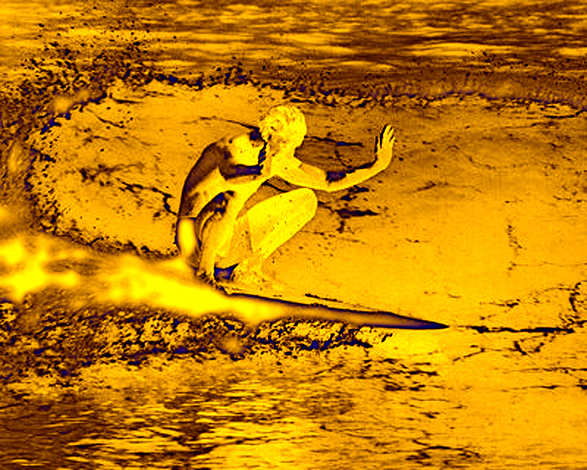 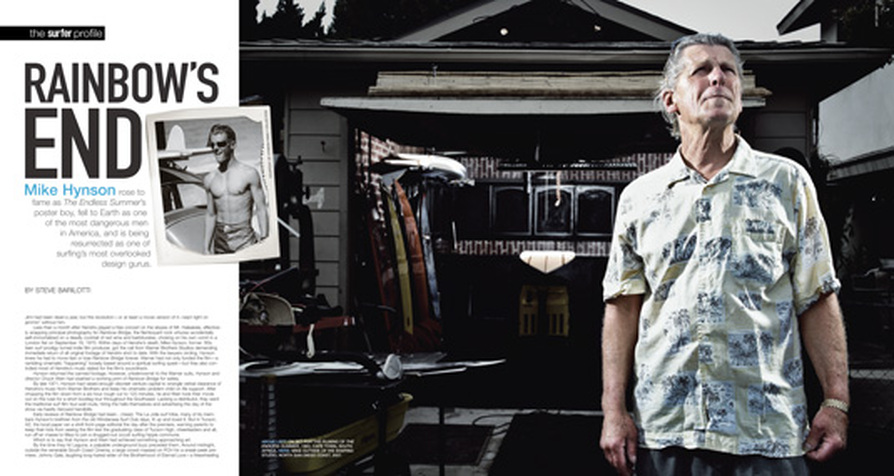 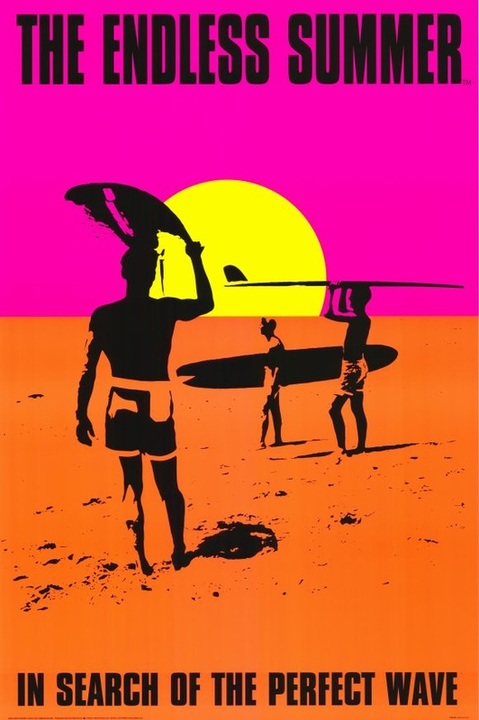 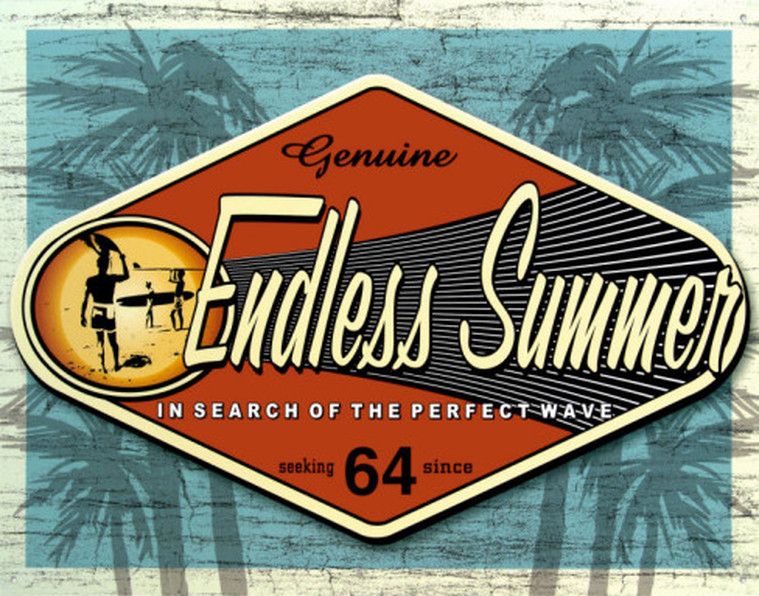 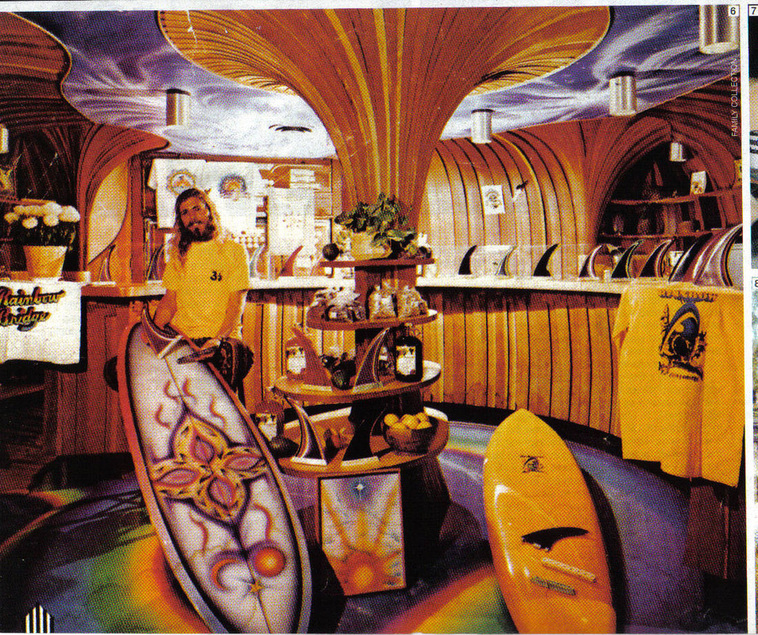 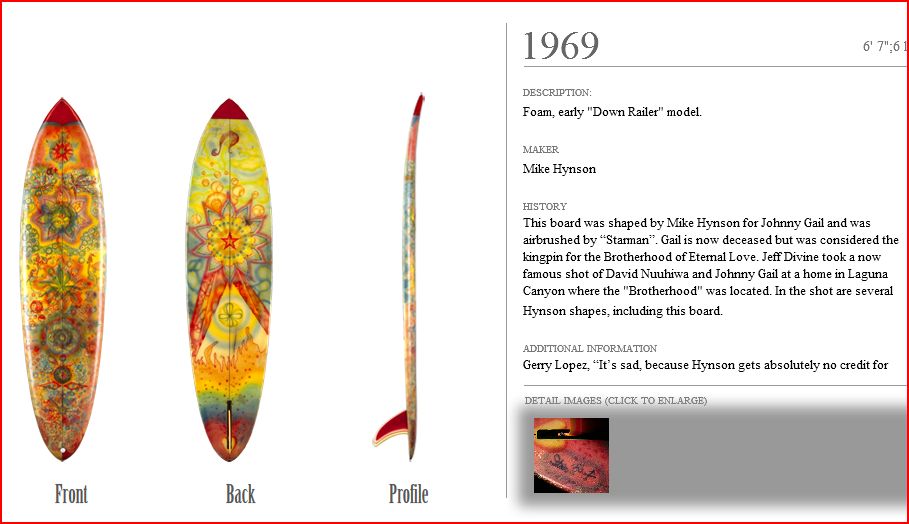 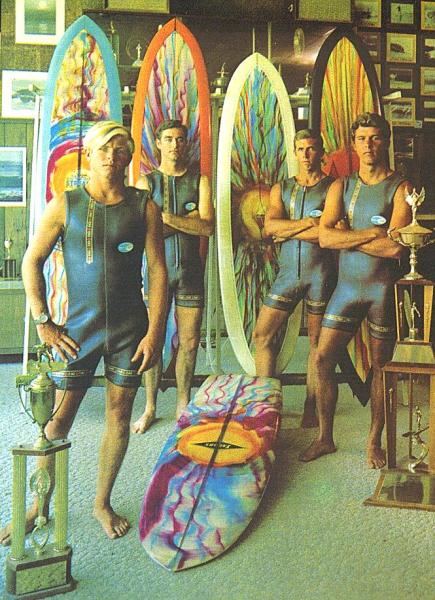 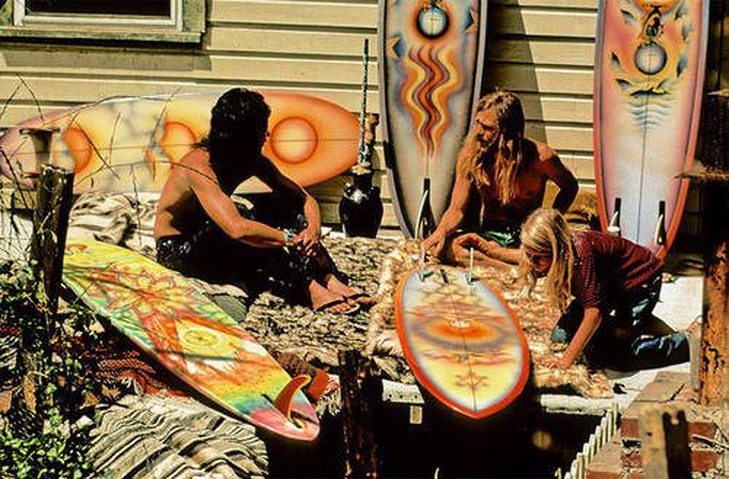 Rainbow Surfboards was founded by Johnny Gale in 1969 in Laguna Beach, California. The late 1960’s and early 1970’s were a time of mind expansion, new music, and pure cosmic surf soul. Combining then business partner John Hawthorn with the ground breaking designs of Mike Hynson, the psychedelic airbrush art of John Bredin, Starman, as well as the Rainbow Island Family,… Rainbow Surfboards was born. The Rainbow movement and the turn of the decade were both times of transformation. Boards were going shorter, hair was getting longer and the next generation of surfing history was beginning; ultimately changing it forever. Rainbow Surfboards has a deep history that originates here in Laguna Beach, from drug smuggling, to prison breaks, to evading the FBI, to psychedelic surfing. 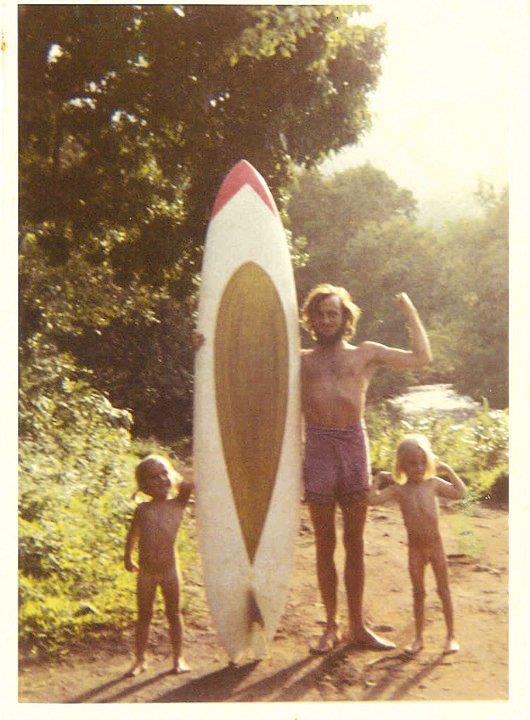 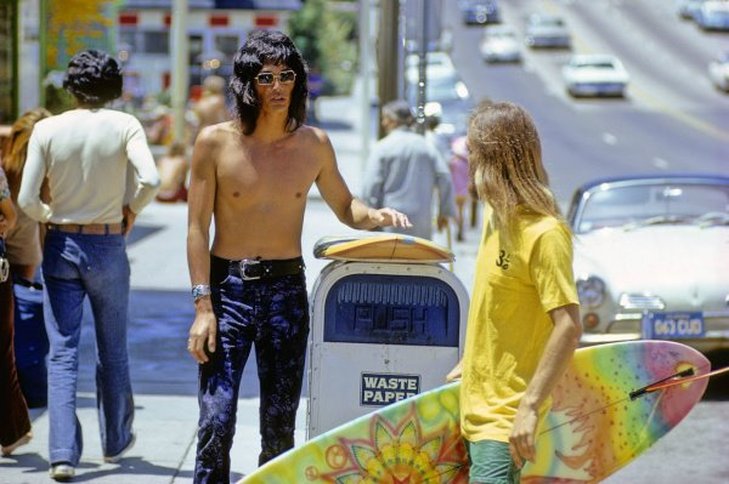 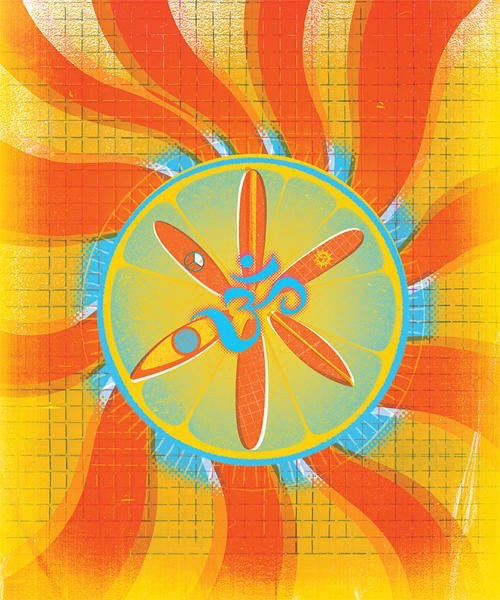 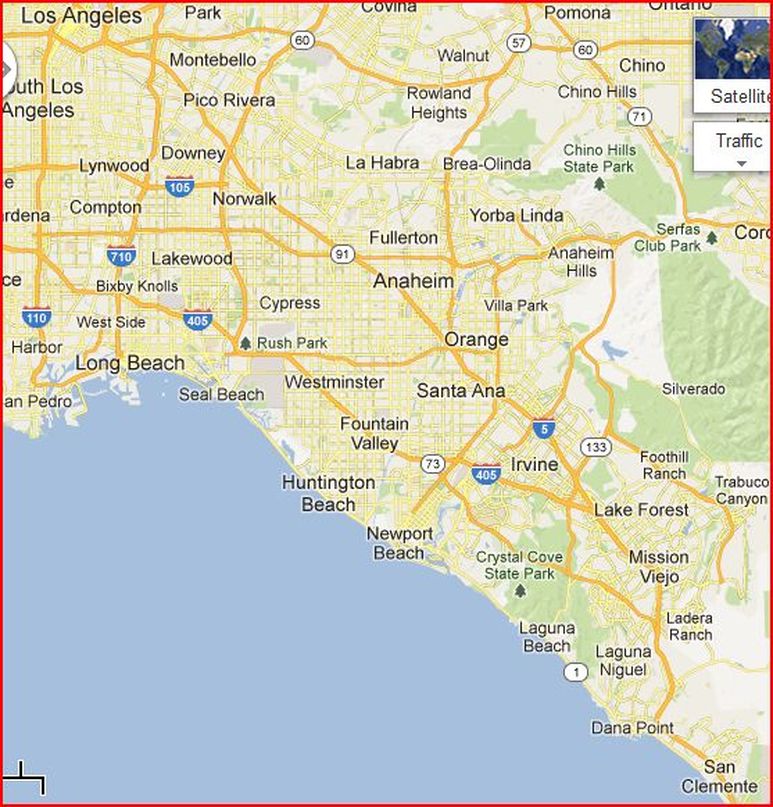 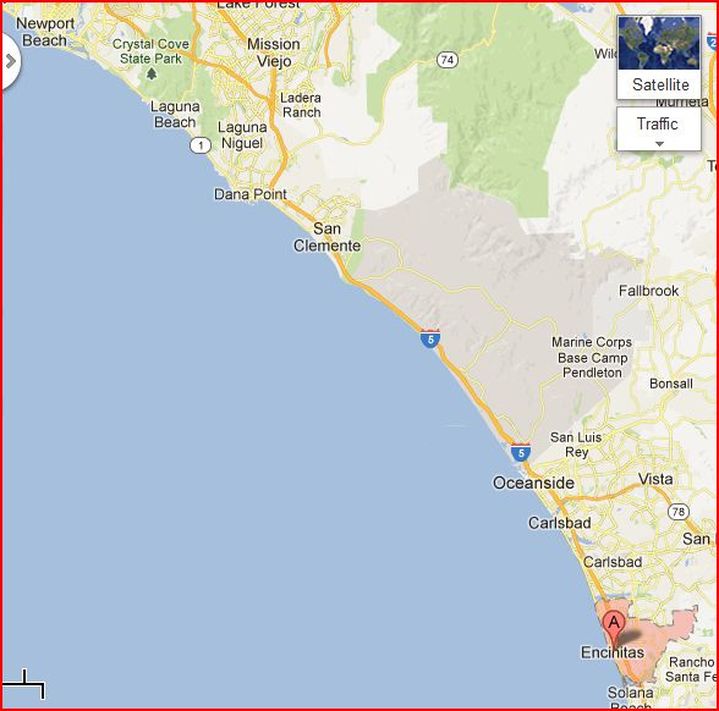 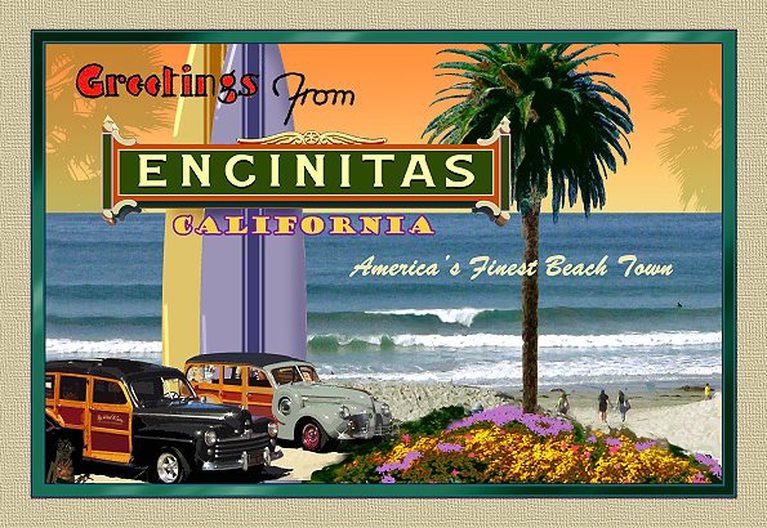