“Peace for veterans is not an ‘absence of war’ but its living ghost in the bedroom, at the lunch counter, on the highway. The trauma is not ‘post’ but acutely present, and the ‘syndrome’ is not in the veteran but in the dictionary, in the amnesiac’s idea of peace that colludes with an unlivable life.” “The return from the killing fields is more than a debriefing; it is a slow ascent from hell. …The veteran needs a rite de sortie that belongs to every initiation as its normal conclusion, making possible an intact return.”--James Hillman

What happens when stressed-out vets return from the war theatre and try to resume their lives with business-as-usual? Many, if not most, find that to be impossible, because they are not the same as they were prior to deployment. In fact, many contend with sleepless nights, inability to focus, depression and Post Traumatic Stress Syndrome.

Studies show at least 35% of the Iraq War vets have PTSD, many to the point of being suicidal. Suicide is at a record high: 20.2 per 100,000 soldiers. As there is an average of 10 failed suicide attempts for each actual loss of life, the figures suggest that more than 1,600 serving army and marine personnel tried to kill themselves last year. An estimated 30 percent of soldiers who took their own lives in 2008 did so while on deployment. Another 35 percent committed suicide after returning from a tour of duty.

Two-thirds screened positive for PTSD are not receiving treatment. Those who do are often just medicated without talk therapy. Even so, many still experience attacks seemingly out of nowhere, mimicing their Iraq experiences. Twenty percent of female soldiers report "military sexual trauma." The boundaries between friend and foe collapse.

When PTSD was first discovered in combat veterans in WWI, it was known as SHELLSHOCK, and studies of these vets by Britain's Tavistock Institute led to new discoveries about the breaking points of personalities and how lives could be shattered by the faultlines of unseen wounds lacerating the soft connective tissues of the personality and self-image.

The big question is what happens when today's vet becomes a danger to him or herself or others? How can we detect and avert potential tragedy in this growing population?

How can we best help our friends, families, and fellow citizens who now feel lost and alienated?

Veteran's PTSD is a multidimensional issue involving disabilities, traumatic brain injury, psychophysical regulation, stress-management, depression, grief, dissociation, and perhaps ADHD, T-type behavior, chronic pain management, alcohol and drug use, and compulsive disorders. Soldiers in the 101st Airborne claim most use alcohol and drugs in excess, including Valium and marijuana. That is the short list, as each unique individual will have particular adjustment issues depending on their life and combat histories. Some also have service-related chronic health issues from vaccines, Gulf War Syndrome, DU, etc.

Regardless of which war or conflict you look at, high rates of PTSD in veterans have been found. Throughout history, people have recognized that exposure to combat situations can negatively impact the mental health of those involved in these situations. In fact, the diagnosis of PTSD historically originates from observations of the effect of combat on soldiers. The grouping of symptoms that we now refer to as PTSD has been described in the past as "combat fatigue," "shell shock," or "war neurosis."

Regardless of the war, soldiers involved in a war consistently show high rates of PTSD. If you are a veteran, the National Center for PTSD provides some excellent information on coping with the effects of war. If you are returning from Iraq, information about VA Transition Centers and additional resources are also provided. And, if you are a family member of a veteran, important information is also available pertaining to living with and caring for someone with PTSD.

It's Not Your Fault Traditionally, those in military and intelligence duty find it difficult to frame their difficulties as a mental health issue. There are associated taboos and shame surrounding perceived 'weakness' or inability to "be all you can be." While PTSD distorts and unravels personality, it is not a character defect, nor the fault of anyone who finds themselves plagued with its symptoms and consequences.  In returning vets, as elsewhere, PTSD is a societal problem, reflected in the sick society that creates a "dual reality" out of touch with our real needs.

Treatment for PTSD is varied but it usually consists of some form of talk therapy and group therapy plus medication, typically antidepressants or anti anxiety medications. The Army is experimenting with exposing veterans with PTSD to training video games in order to desensitize soldiers to their experiences. The Army also is funding research on Propranolol to treat PTSD. Propranolol is a blood pressure medication that may be useful in treating PTSD. It appears to reduce symptoms of emotional distress associated with traumatic memories. It doesn't wipe out the memory, just limits the emotional response.

Time Does Not Heal All Wounds

"More than 120 veterans of the wars in Afghanistan and Iraq commit suicide every week while the government stalls in granting returning troops the mental health treatment and benefits to which they are entitled… veterans are committing suicide at the rate of 18 a day - a number acknowledged by a VA official in a Dec. 15 (SF Chronicle – Bob Egelko)

SYMPTOMS - Re-experiencing traumatic events (obsessive recollections, flashbacks or intrusive thoughts, nightmares), avoidant symptoms (fear of being with people), signs of hyper arousal (easily startled, irritable), avoiding experiences or people that trigger memories of such event(s), increased arousal, to include nervousness, over-reaction to sudden noises, difficulty sleeping (night sweats), and nightmares, bouts of rage and/or depression, difficulty relating emotionally to others, feelings of extreme alienation and meaninglessness, isolation from others, in extreme cases, persistent thoughts of murder and-or suicide. Symptoms can take months or even years to develop.

The development of a chronic trauma-based disorder is qualitatively different from simple exaggeration of the normal stress response.  In those affected, a cascade of bio-behavioral changes leads far beyond simple conditioning.  Symptoms are intrusive and lead to hyperarousal and/or avoidant behavior.  Frightening and vivid flashbacks are the most striking phenomenon.   Prime victimization comes from memories of the event, rather than simply the event itself.  Development of PTSD depends on personality and genetic make up, and on whether or not the trauma was expected.  Prolonged exposure to severe trauma may cause permanent psychological scars.

Dissociation at the moment of the trauma has been shown to be an important factor in developing full-blown PTSD.  Therefore, adults with a predisposition from childhood in chaotic, threatening, sexually abusive or violent families are at greater risk.  Dissociation is characterized by feelings of detachment, estrangement, depersonalization, an unusual sense of one’s own reality, being an outside observer of one’s own actions and body, feeling like an automaton, or as if in a dream.  Ability to feel emotions of any type, (especially those associated with intimacy, tenderness, sexuality), is markedly decreased, as is ability to express angry feelings.  Attacks appear like a psychological seige, therefore “bunkering” mentality prevails. 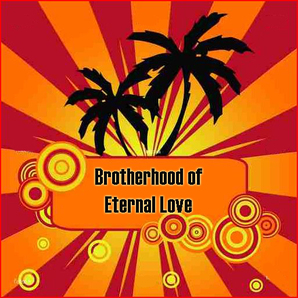