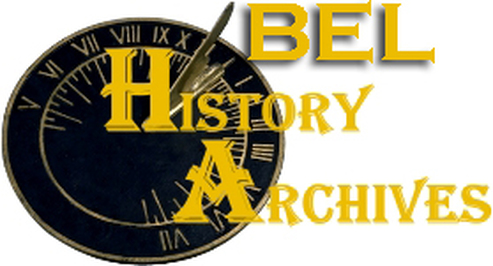 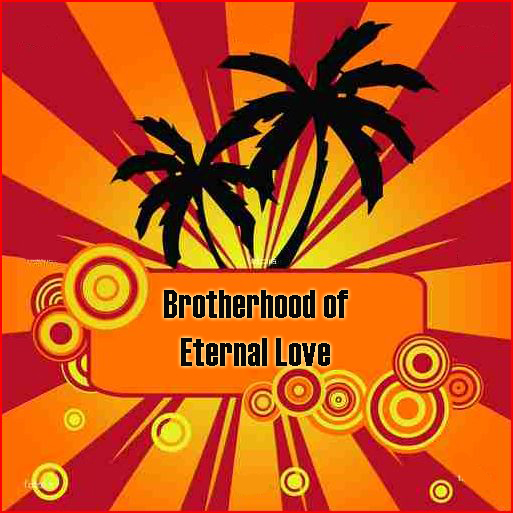 Near Pasadena, in a house on Lafler Road, Owsley sank his profits from methedrine into an LSD laboratory. Creating a dummy company called Bear Research Group—'Bear' was his nickname—Owsley ordered chemicals; within two months he took delivery of 500 grams of lysergic acid from a Los Angeles company at a cost of $20,000. He paid in cash and followed up with another 300 grams bought from a second company. It was the last purchase of its kind to be made in the United States before tougher controls were established.

Owsley stored the chemicals in a series of safety deposit boxes under false names. The exact size of the production-run in Los Angeles has never been revealed, but estimates range from 20 grams, equal to 100,000 doses, to 200 grams (ten million doses). Whatever the true amount, it was enough to found Owsley's reputation.
http://www.druglibrary.net/schaffer/lsd/books/bel3.htm


Perhaps Owsley's teachers would not have been surprised by such an achievement. Something of a genius at school the headmaster described him as a near 'brain child' in science subjects—Owsley nevertheless proved to be a problem pupil, moved from school to school; the headmaster who praised his genius potential in science eventually expelled him for being drunk. After finishing school he started an engineering course at the University of Virginia, but quit to head west where he joined the USAF, staying eighteen months. In the late 1950s and early 1960s, he drifted round the West Coast in a series of jobs, then in 1963 started a fresh university course at Berkeley.
His first experience with drugs is reported to have been unpleasant: he took a powerful stimulant which shook up the central nervous system. But he was introduced to methedrine, a milder amphetamine, and was impressed enough to decide to make it himself. He persuaded his girlfriend, Melissa Cargill, a chemistry student at Berkeley, to use her term practical project to make 100 grams. The project was a great success, persuading Owsley and Cargill to open the Marine Methedrine Factory in a shop on Virginia Street, close to the campus.
However, methedrine was proscribed; early in 1965, the police swooped to close up the laboratory in the shop's bathroom, and seized all of Owsley's equipment and chemical stores. They took away jars of what they thought were the finished product, only to discover on analysis that the chemicals were not methedrine and were in fact quite legal. They had captured drugs that were on their way to becoming methedrine, while the finished product was actually locked away in the boot of Owsley's car which they did not search. Everything taken in the raid had to be handed back to Owsley with a warning that the police did not intend to let matters go at that, and the next time there would be no mistakes. Owsley fled south to Los Angeles to pursue his growing interest in LSD out of harm's way.
Near Pasadena, in a house on Lafler Road, Owsley sank his profits from methedrine into an LSD laboratory. Creating a dummy company called Bear Research Group—'Bear' was his nickname—Owsley ordered chemicals; within two months he took delivery of 500 grams of lysergic acid from a Los Angeles company at a cost of $20,000. He paid in cash and followed up with another 300 grams bought from a second company. It was the last purchase of its kind to be made in the United States before tougher controls were established.
Owsley stored the chemicals in a series of safety deposit boxes under false names. The exact size of the production-run in Los Angeles has never been revealed, but estimates range from 20 grams, equal to 100,000 doses, to 200 grams (ten million doses). Whatever the true amount, it was enough to found Owsley's reputation.
Returning to San Francisco, Owsley went to see Kesey at La Honda, his visiting card a plastic bag of LSD. He supplanted the 'Mad Chemist' who had been supplying the Pranksters, and started appearing at the Acid Tests. There he met the Grateful Dead and began experimenting with electronic equipment to improve their sound. He heard of a young scientist called Tim Scully, who was living near Berkeley and was reputed to be an electronics genius. Owsley decided to find Scully and see if he would help design equipment. Ironically, Scully was in fact looking for Owsley, but with LSD rather than electronics in mind.
Scully had arrived at Berkeley with his scientific abilities proven. At school he built a computer out of scrap parts, for little more than a dollar. The computer, which was designed to work out strategies for playing a simple game, won him second place in a school science competition and an introduction to scientists working at the radiation laboratory at Berkeley. Impressed by the abilities of 15-year-old Scully, they gave him a part-time job analysing data from experiments in high energy physics. He began another school project to turn molecules of mercury into gold but his teachers, afraid they might face law-suits over the potential radiation risk, stopped him, and Scully left to go to Berkeley. Besides his university course in mathematical physics and the radiation laboratory work, Scully, now eighteen, began electronics consultative work for private companies. This business grew so much he gave up university and laboratory work to form his own company.
Just out of his teens, Scully made enough money to put down the deposit on a house near Berkeley, which he filled with student lodgers. It was one of these, a childhood friend, who interested him in eastern philosophy. Scully, the product of parents who taught a very rational, scientific approach to life, was persuaded to read The Doors of Perception and a number of other Aldous Huxley works. He became fascinated by the world of mysticism and psychedelia they revealed to him.

It was almost certainly Owsley's LSD that Scully took and he felt afterwards as though he had been hit by a revelation: 'a sense that this was a way of communicating by natural knowing to people the delicateness of our environment, a sense of the worth and value of other human beings, the need for being gentle both with the environment and each other'. Scully, like many other young people, believed that LSD cut through hypocrisy and deceit. 'Somebody once said LSD is like a virus. Viruses don't reproduce themselves but they enter into a cell and cause the cell to produce more of the virus. That was the effect on me. I wanted to make some more LSD and give it away to a lot of people.'

Scully investigated sources of chemicals, but could find no supplies. However, news of Owsley's chemical coup percolated down to him and Scully began to search for a way of making contact. The ideal thing would be to buy part of the lysergic acid cache.

The two met on Scully's front-door step in Hopkins Street, close to the campus, when Owsley knocked and introduced himself. They talked for several hours: Scully, the tall, lean, serious young man with a dry sense of humour, and Owsley, nearly ten years older, already a veteran of the LSD scene and very nearly the unofficial mayor of San Francisco. Sure, said Owsley, he was going to make more LSD, but not just yet. Owsley was wary, wondering if Scully was an informer. Finally he suggested that Scully work with the Grateful Dead, and they would take it from there. Scully agreed and joined the band behind the scenes. But there came a point when Owsley's funds ran low. The answer was the purple pills.

The money from the Capsule Corner tablets did not last very long, since Owsley was paying most of the Dead's expenses as well as contributing to many projects in the Bay area. He was beginning to feel that his role as major supplier conferred on him certain duties, and he was building up a complex view of LSD and its potential. He saw himself as an alchemist, someone with a mission to make LSD available as a tool to alter history; whatever profits accrued were held in trust.

A few months after the tableting operation and its nerve-racking end, Owsley decided to begin producing LSD again, drawing on his stock of lysergic acid, but the Dead, now again living in San Francisco, made it clear that he and Scully could not make LSD and stay with them. Owsley and Scully had little choice, and quit the band to look for a suitable laboratory site.
http://www.youtube.com/user/AquarianTempleBEL 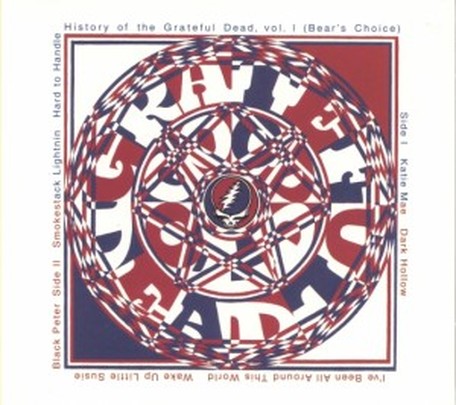 The Angels were not only 'policemen' but also purveyors of drugs. What the Angels were selling was Owsley's products. He knew them through Kesey; they offered him a secure network through which to move his LSD around San Francisco. They might seem unlikely allies but their reputation was high in Haight-Ashbury and, on the practical side, the Angels were renowned for never informing on one another. Nor for that matter were they an easy group to infiltrate.

The dealing be gan on a small scale with the two Angels cruising San Francisco offering a little marijuana and LSD in $50-$100 deals. The appearance of three hippies in search of $8,000 worth of LSD helped to change all that. The exchange became the basis for a permanent arrangement, escalating to deals worth $70,000 a week: the hippies sold to neighbours and paid up in bundles of small-denomination notes wrapped in animal skins until Wethern, tired of counting the notes, refused to take anything smaller than $50 bills. Owsley passed on raw LSD crystals which the Angels tableted themselves at 4,000 doses to the gram, using a formula the chemist supplied. With street prices now rising to $3-$5 a dose, they were churning out up to 25 grams of LSD worth $225,000-$375,000.

The market could bear it. Haight-Ashbury was turning into a drug entrepot. Nothing was organized, but people would drift in from out of town, make a buy and then take it back to campuses or hippy enclaves in some comer of a city or town. The streets were like an open-air drug Bourse, an exchange for Owsley's LSD, and for marijuana, much of it brought up across the border from Mexico.

The major staging-post for the shipments from the south was a little seaside town near Los Angeles called Laguna Beach and a shop on the Pacific Coast Highway called the Mystic Arts World.